Reputable, Reliable Generators by FAW and the PacB Group

For many decades the only industries which were aware of industrial diesel-powered, heavy-duty generators such as those designed and made by FAW, were those that were located in remote locations, without the infrastructure to connect to the main electricity grid. Later though, the subject of FAW power-producing units would become better known, assuming even more importance to a wider South African audience.

This occurred once it became obvious that Eskom, the county’s national electricity generator and provider, no longer had the capacity or means to produce and distribute its product constantly, consistently, and reliably. Let’s have a look at how these products became so in demand.

Futurists, scenario planners, and energy experts predicted that matters were about to become far worse within the short and medium-term. They warned that commerce and industry might suffer and that immediate action should be taken to avoid dire consequences for the economy. Sadly for every stakeholder – the entire population – their predictions would prove to be correct and accurate.

In an effort to prevent the total national-electricity network from crashing, collapsing, and leaving the whole country in darkness, Eskom responded, firstly by creating a new South African phenomenon – load shedding, which consists of area-based, scheduled blackouts, up to four hours at a time or longer in certain municipal areas.

Load shedding was to achieve international notoriety instantly, to the extent that some local organisations created sets of tongue-in-cheek advertisements, prominently featuring amusing skits utilising typical South African humour and the nation’s ability to laugh when finding and seeing the funny side of things. A Santam advertisement portrayed the supposed foreign publics’ amazement, reactions, and disbelief when learning about this new phenomenon and term, of which they’d never heard. As always, Nando’s joined in the fun and laughter too.

However, on a serious note, major industries and businesses, which recognised that this looming problem was likely to occur, began investing in their own independent, privately-operated generators to ensure that they would have backup, standby, and emergency power. Since the latter part of the 2000s, the sales and use of various types of generators continue to increase.

Between December 2019 and March 2020, load shedding became a fact and feature of daily life in the country. Commercial and industrial concerns, mining and agriculture, and households were affected. The impact on their normal activities and operations was sorely tested and severely negative. Many opted to go off the grid.

The reputable FAW brand has its roots in China. In South Africa, FAW trucks are well-known in the transport industry, where their reliability and durability ensure that these vehicles are more than capable of coping with demanding conditions. These tough workhorses which have been available on the local market for more than 25 years are, for the most part, manufactured in the Eastern Cape.

Similarly hardy and reliable, FAW generators are also manufactured here by PacB Group’s division known as PacB Power Solutions, which is renowned for the production of a range of superior-quality industrial diesel generators, which includes power packs proudly bearing the reputable FAW brand.

Although the above-mentioned sets represent the standard FAW power-generating range (single units), PacB Power Solutions specialises in 10kVA to 2500kVA individual units, and power-producing synchronised generator power sets up to and including 6000kVA.

When you and your enterprise require a reliable and continuous power supply, you need the services of an equally reliable and reputable company that specialises in generators to match. Choose the FAW brand. 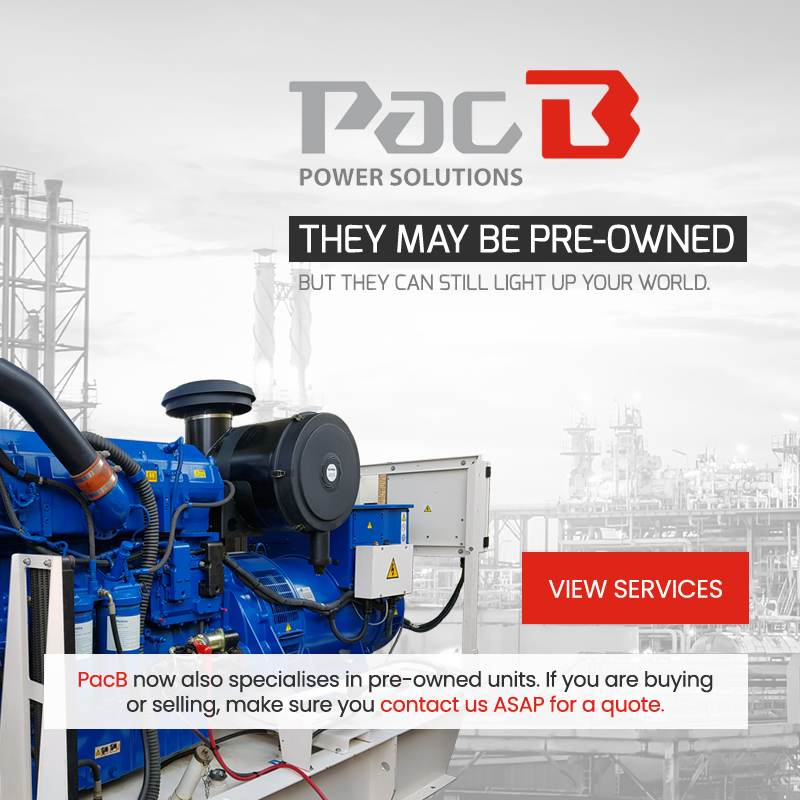